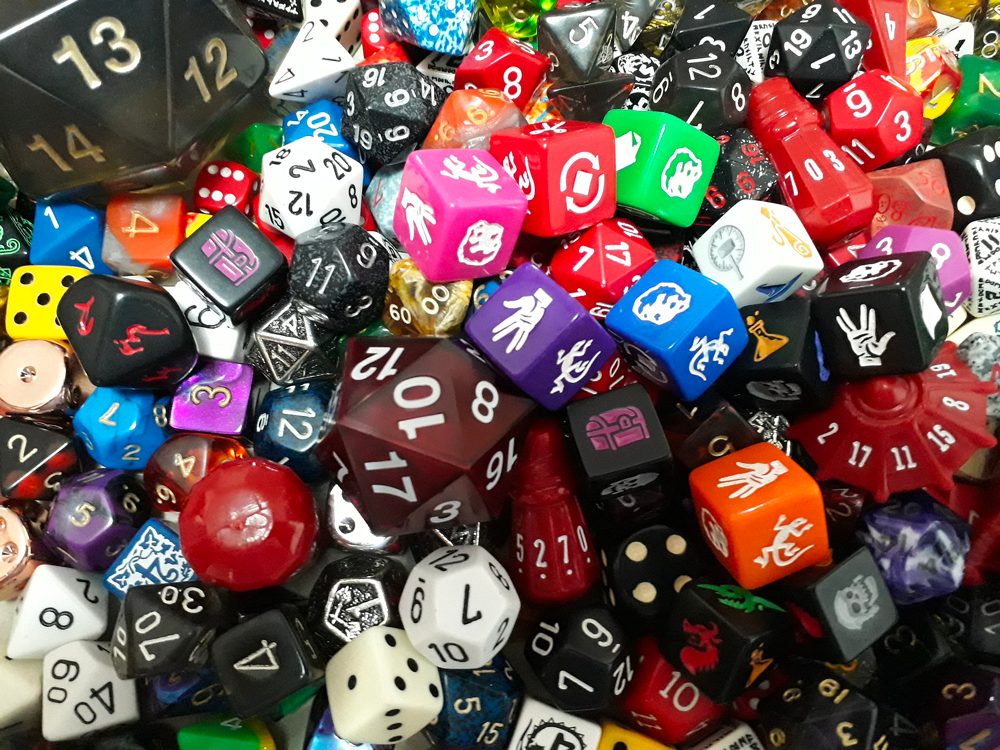 Recently, against all odds (and all stereotypes) DnD has become cool again. Ashleigh McEwan has played Dungeons and Dragons (DnD) with her brothers for years, and has recently launched an all-girls campaign with her friends. DnD is a collaborative table-top storytelling fantasy game that was first established in 1974. The stereotype of a Dungeons and Dragons player is often a pale, nerdy boy…But this stereotype is completely untrue! As time has gone on, more and more people have started to participate in this great game! There can be tombs to explore, mysterious illnesses to cure, criminals to hunt down, or dragons to fight off, anything can happen in a campaign!

If you are having trouble believing that these stereotypes aren’t true, then you should know that STEM Minds staff all play DnD together! We meet every week to play Dungeons and Dragons. It’s a great way for us to work as a team, use our imaginations, and unwind and have some fun after busy days of work! We even decided to make use of our 3D printers to create characters for our weekly campaign!

Contrary to popular “nerd” stereotypes , DnD is not something that only 12 year old boys used to play in the 1980’s. Dungeons and Dragons actually had its best year in 2017, with 10-15 million people playing globally, according to its publisher Wizards of the Coast. People of all ages and genders love to play!

The Toronto star attributes this surge of players not only from DnD’s prominence in the hit show Stranger Things, but also because of the amount of women playing the game! 39% of DnD players are women, which is up from 20% in 2012. The stereotype is most definitely no longer true when it comes to who plays Dungeons and Dragons. A lot of the growth of women in gaming is due to increased visibility of women in gaming! There are increasingly more female-run YouTube channels and Twitch channels showcasing women playing the game. Channels like this showcase that women can (and do!) enjoy gaming too and open the space for more women to feel welcome in the world of gaming.

The game is not nearly as complicated as you might think. There are players guides that offer a structure for the game, but truly the game is structured by the players themselves. There is no right or wrong way to play! Dungeons and Dragons can be an inviting alternative to playing video games which is a more solo pass time.

So, why play Dungeons and Dragons? 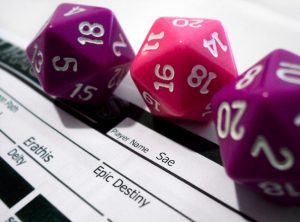 You are playing and collaborating face to face! You can play digitally over facetime, skype etc. but you are still playing face to face with your fellow players! The game is based around teamwork. Every character has their own unique set of skills and abilities, and the team needs to utilize each of these different skills at different times to succeed in their quests.

The game isn’t prescriptive. While the Dungeon Master may direct the story, it is truly up to the players how they want their campaign to go. If they want to explore a forest, or investigate a small village it is completely up to them! Your imagination and the roll of the dice is the only thing limiting what you can or can’t do.

The game encourages you to move beyond social norms. Men can play female characters, and Women can play male characters easily in DnD, and you can make your character almost exactly how you want. You can “be” someone completely different from who you are in real life, and this is all encouraged in the game!

The game encourages problem solving. You need to use your imagination to solve any problem, you need to ask yourself and your team how to overcome any obstacle! (And the best part is, if you roll a 20, anything is possible!)

One teacher in Edmonton has started a DnD club for inner-city kids, using the game to give kids the chance to build important social skills! 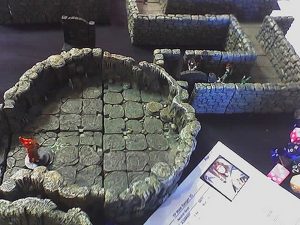 Mark Schubert is a passionate DnD player and saw the game as a way for kids to escape their problems and express themselves in a way they may otherwise not be able to! Schubert says that in his experience the game can teach many skills like teamwork, collaboration, resilience, risk-taking, and problem solving.

DnD can be such a great way for kids to interact with each other without the use of screens and be a great opportunity for collaboration. Schubert also notes that there is literacy and numeracy wrapped up in the game as well (the students don’t even notice they’re learning). His goal is to get more people who are skilled in Dungeons and Dragons to help lead games for kids across the city!

To read more about women in D&D, click here!