Biodiversity Loss: This Time, We Are The Asteroid 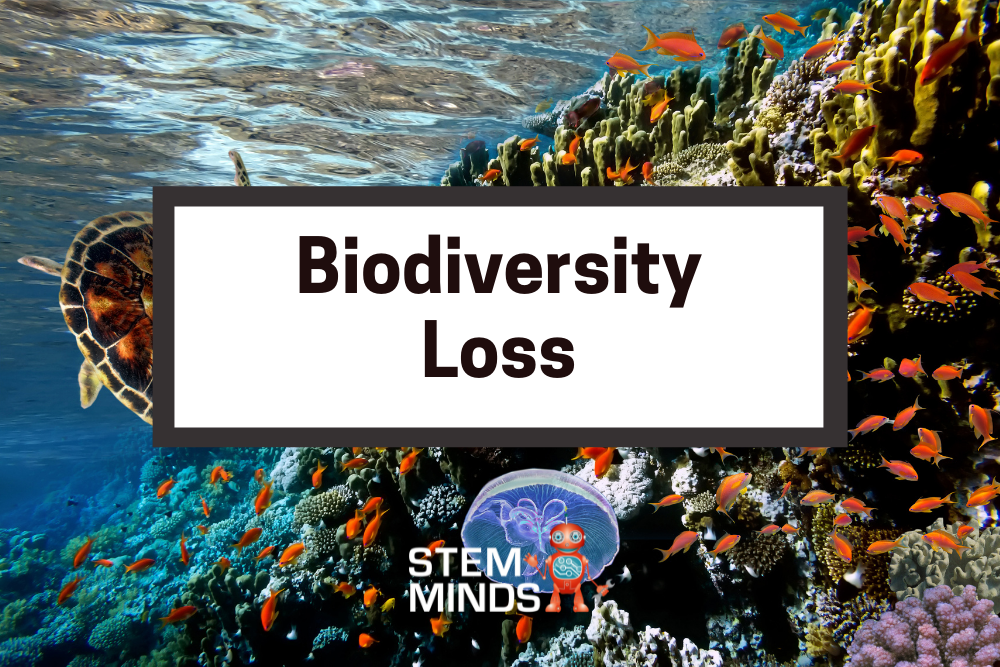 About 66 million years ago, an asteroid struck Earth and brought about the end of the dinosaurs and around 70% of all life.

Right now, we are in the middle of another mass extinction. But this time, there’s no asteroid – we only have ourselves to blame.

Human activities have placed over 1 million plant and animal species at risk of extinction(roughly ⅛ of all life), and many of these will die out in the next few decades. We’ve cut down roughly ⅓ of all the forests. Chemicals like fertilizers have resulted in slightly less than 245,000 km2 of  coastal ecosystems becoming dead zones.

Where does climate change, which is largely caused by human activity, come in?

If the earth warms 1.5 degrees from pre-industrial times, one of the many effects would be the death of  70-90% of corals, which would also have devastating consequences for all of the species that depend on the reefs. As of now, the oceans have on average warmed by 0.8 degrees, but will likely warm even more in the near future.  Unfortunately, we are currently on a trajectory in which the earth is predicted to warm 2.7 degrees by the end of the century – far exceeding the degree of warming we believe the Earth could sustain without suffering great consequences.

Deforestation, chemicals, and climate change are only a few of the many damaging human activities that are responsible for the current and future biodiversity loss.

Let’s go back to the asteroid. You may be wondering:

If extinctions are a natural part of earth’s history, why should we care about this one?

For starters, unlike an asteroid,  human beings have a consciousness, it is morally wrong to knowingly drive 1 million species to extinction, especially when we can do something to stop it. It should also be noted, that if the rate of extinction does not drop, a few centuries later, the number of species driven to extinction will be comparable to past mass extinctions. For context, mass extinctions are not instantaneous they happen over periods of hundreds of thousands to millions of years(it took a million years after the asteroid strike for the last dinosaur to die out), so something happening in a few hundred years is unheard off. Moral reasons aside there are , also several practical reasons that having strong biodiversity is important. The first is that healthy ecosystems will help reduce the impact of other human activities like climate change. For example, mangroves are excellent at storing carbon dioxide and also act as an effective buffer to tropical storms coming from the oceans.  Eco-systems are supported by several complex relationships between species, if even one of those species is removed it can affect the entire system(imagine what would happen if 1 million of them disappeared).  Biodiversity is also important for the economy, it’s estimated that 40% of the world’s economy comes from biological resources.  A key example of this is pollinators(many of which are in decline), which pollinate 75% of the world’s crops, without them many of these crops would die.

We must fight to protect and preserve biodiversity. Not only do we have a moral obligation, but it is also crucial for our own survival and that of our planet.

Looking for some tangible ways to help?

Many of the facts in the blog are from the 2019 report by the UN on biodiversity loss. If you want to read the report to learn more about this issue click on the button below: