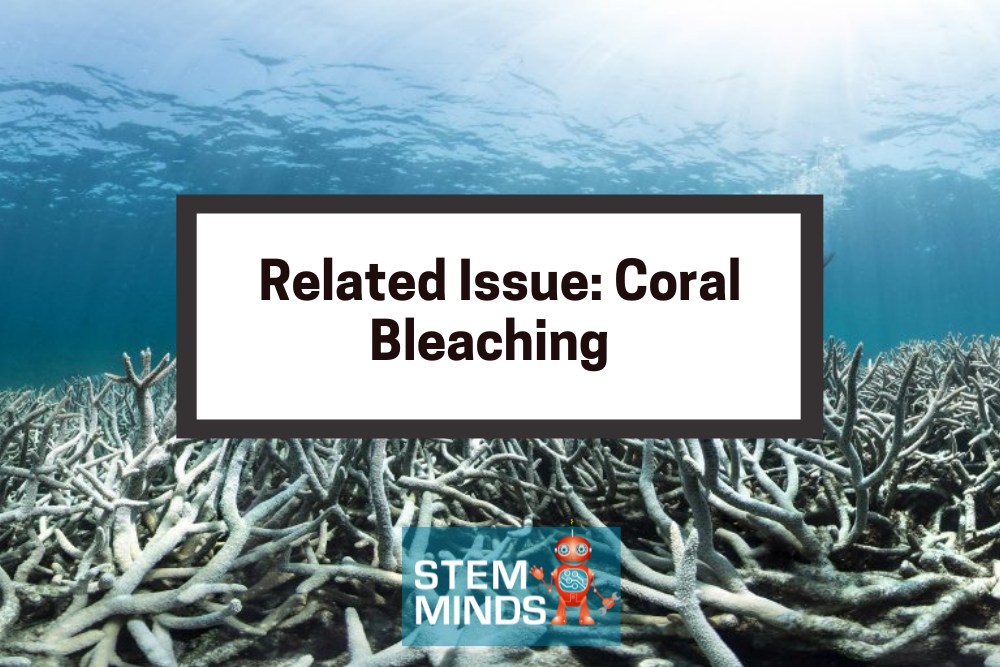 Corral reefs are important. As mentioned in the Ocean Acidification blog, 25% of all ocean life relies on them at some point in their lives. The great barrier reef alone hosts over 400 corral species,1500 fish species, 4000 mollusk species, and 6 of 7 sea turtle species, among other life forms. Reefs also bring the global economy 6 trillion dollars a year, due to their support of fisheries and tourism. In addition, the Reefs are instrumental for breaking tsunamis as the ridges in the reefs can reduce wave energy by 97%. They also help protect mangroves, and seagrass beds, both of which are important nurseries for young marine life.

But Coral reefs are under threat from more than just ocean acidification, they also face bleaching.  A healthy coral reef has a symbiotic relationship with a micro-algae called zooxanthellae that live in their tissue, in exchange for protection, algae feeds the reef through photosynthesis. Bleaching is caused due to the Coral either losing the algae that feeds it or the algae itself losing its photosynthetic pigment.  This also results in the Coral taking on a ghostly white color (the algae gives it the bright color). Either way, bleached corals can longer gain energy from photosynthesis, and if this goes on for long enough, the reef will die. Unfortunately, bleached corals that survive, do not have much time to recover as bleaching events become more frequent.

Acidification, pollution, and ultra-violet radiation, all cause the loss of the algae’s photosynthesis pigment. Increased temperatures and solar radiation cause the algae to produce a compound that is toxic to both the reef and the algae, resulting in the reef expelling the algae.  Chemicals in sunscreens and other personal care products can also give reefs diseases that result in bleaching. Therefore, it is recommended to not wear sunscreen when snorkelling near reefs. Most of the causes of coral bleaching are linked to climate change, so unless climate change is solved, it is unlikely that reefs will fare too well. Unfortunately, the reefs are already beginning to die in mass. Between 2014-and 2017, more than 75% of tropical coral reefs experienced bleaching and almost 30% died.