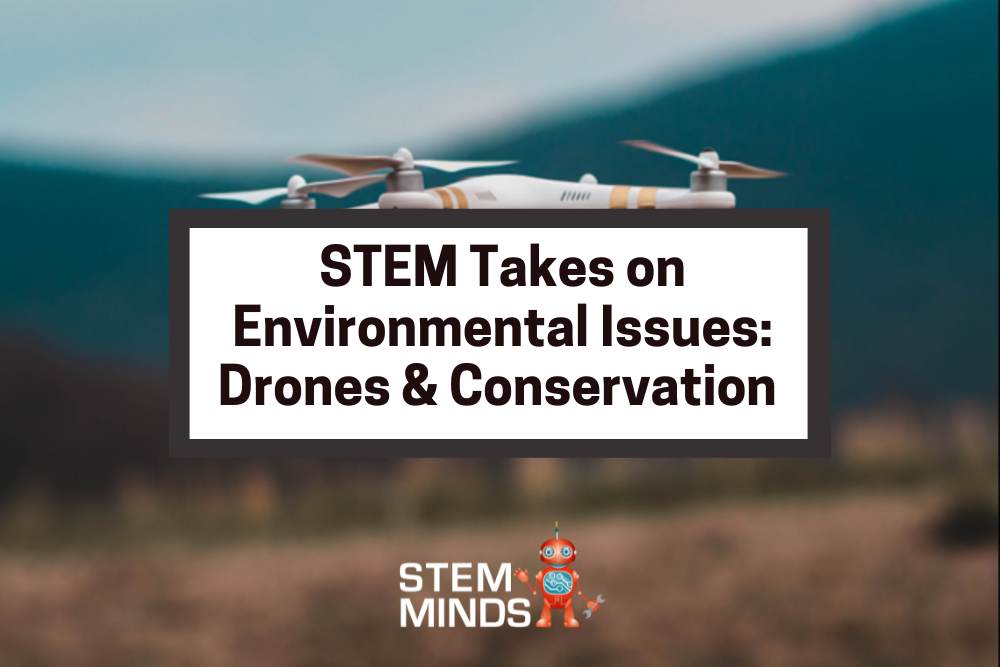 In previous blogs, we have discussed various new technologies making a splash in the environmental sector, many of which, for the majority of people, were unheard of. However, this time, we will be exploring a much more well-known piece of technology: drones.

Drones are quite useful when it comes to tackling several conservation issues, this includes their use as “flying cameras”. Drones can reach several places that would traditionally be quite hard for people to reach. Since many drone cameras produce geo-referenced photos, these pictures can be shown to image-recognition algorithms, which can provide useful data, such as accurate population counts of endangered species.

An example of this happened in Florida, where three fixed-wing drones were used to accurately count the populations of colonies of various water birds. The drones flew over a fixed path and snapped thousands of photos, each with a unique GPS stamp. These photos were analyzed through an advanced computer algorithm that allowed the scientists to see the location of every bird photographed, thus allowing for accurate population counts. It should be noted that drones used in conservation vary in cost greatly, with the more basic ones costing around $2,000, and the more advanced ones can cost over $500,000. The models vary just as much as the costs do, from a typical quadcopter, all the way to something that resembles the fixed-wing drones used in the military. 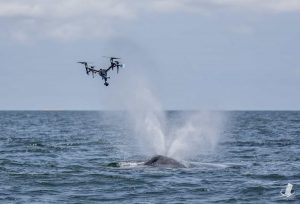 The use of drones in conservation goes past their photo-taking abilities. Some drones are equipped with sensors that provide valuable information, such as infrared, UV, temperature, pressure, humidity, conductivity, acoustic (primarily for underwater use), chemical, and more.

For instance, there was a project that used drones with infrared cameras to help make data layers for mapping and analyzing sick and healthy cottonwood trees. Some drone conservation projects, however, are a bit more “out there” – take SnotBot, for example. To understand the idea behind this drone, some background information on whales is needed.

When whales go up to the surface to breathe, they expel air and body cells in a cloud of condensed air, seawater, and mucus (which contains DNA, hormones, and bacteria). The data from a single breach can give scientists information on the pregnancy status, metabolism, stress, potential diseases, and toxins present in an individual whale. Researchers can also use the genetic information from the DNA to count whale populations. This is important given that many whale populations are threatened by overfishing, pollution, and are still recovering from the whaling that took place in the last century.

So where does the SnotBot come in?

These drones have Petri dishes mounted on them, which hover over the whales to collect their snot. The drone can also identify individual whales based on their tails, by matching them through a database using AI. These algorithms can also form an image of the whale’s shape and size. All this data provides scientists with a clear view of the whales’ health, which is useful for linking whale health to their environment. Another advantage of the drone is that it is non-invasive and does not stress the whales out, unlike the existing method which involves tranquilizing the whale. The drone has also been put to other uses, such as flying over protected waters looking for poachers, and collecting samples from whale feces, which hold invaluable data. There is also an aquatic version of the drone called EarBot, which can land on the ocean’s surface to record acoustic data of whale sounds.

While there are several useful applications of these drones, there are some issues that must be considered. Some animals are very sensitive to the high-pitched frequency of drones, which may startle or stress them, negatively impacting their health. You can see an example of just how detrimental can be here. Other animals may view drones as potential threats and attack them, which could result in injury to the animal. The negative impacts that drones may have on certain species require further research. It should be noted that the majority of wildlife researchers understand these risks, and have a very good understanding of how to mitigate them. These issues arise most frequently with non-wildlife expert drone users.

To learn about other ways that drones have been used in conservation, click here and here.

If you are curious and want to learn more about the different types of drones, check out the resources below: