Ocean acidification: An Issue Just as Bad as its Cause 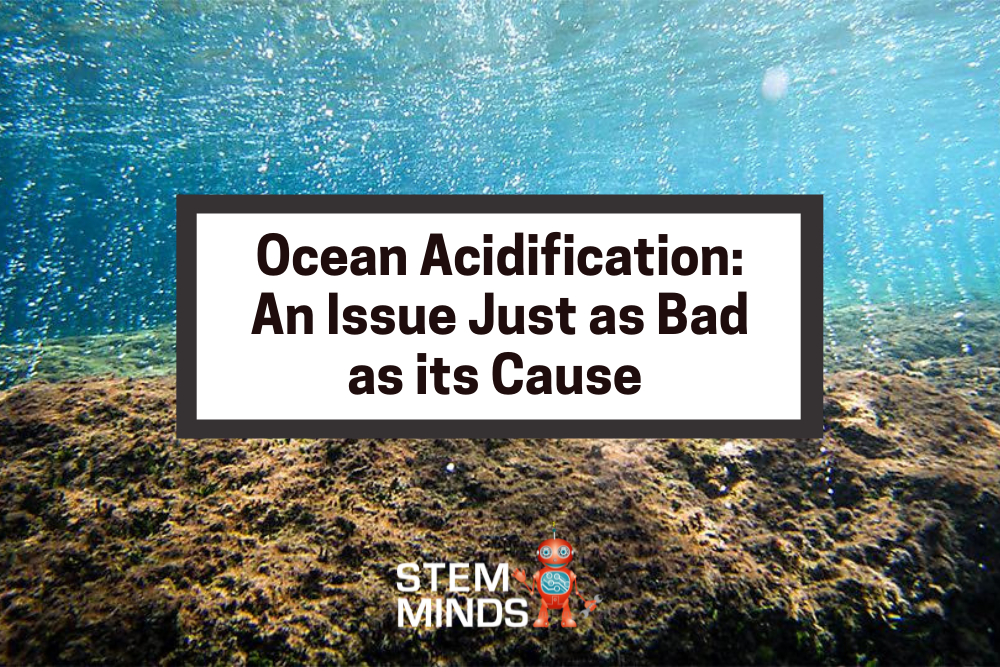 At this point in time, everyone has a general understanding climate change. Most of us know it causes extinctions, dangerous natural disasters, and more. We also all know that it’s getting worse.

There are many effects that the increase in acidity has on wildlife in the ocean. Many shell-bearing animals like mussels and clams make their shells from calcium carbonate, but this is becoming increasingly difficult because hydrogen ions have a stronger attraction to carbonate than calcium does. So the increase in hydrogen ions results in more and more of the available carbonate being used up. Most shell-bearing organisms cannot use the bicarbonate that results from the union between hydrogen and carbonate ions, to make their shells. The increased acidity of the ocean also corrodes existing carbonate shells.

The same problem that affects shell-bearing animals, affects coral reefs, due to their carbonate skeleton. However some reefs can use bicarbonate, some can temporarily last without a skeleton (and rebuild when conditions become more favorable), and some can even last in more acidic conditions. But a majority of reefs will be negatively affected since they will struggle to grow their skeletons, which are simultaneously being dissolved. As a result, this will make most reefs weaker and more susceptible to erosion. In fact, by 2080, healthy reefs will be eroding faster than they can rebuild. It should be noted that 25% of all marine life relies on reefs at some point in their lives. Coral reefs, also have to deal with another major issue, bleaching, check out my mini-blog to learn more about this issue. 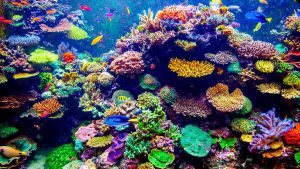 Two major species of zooplankton will also be affected due to their calcium-carbonate shells. This is problematic as these animals are the base of the oceanic food web, since most ocean animals either eat them or eat animals that eat them. Zooplankton are also an important part of the carbon cycle.  Most oceanic plants and algae will do well, as carbon dioxide is a key part of how they make food.  However coralline algae which builds calcium carbonate skeletons and helps reefs, will not do so well(without this type of algae, other types of algae that damage reefs will grow).  Even non-carbonate shelled animals like fish will be negatively affected. In order to be in balance with the seawater, fish will absorb more carbonic acid changing the pH of their blood. This affects their survival as they have to use more energy (which they could be used for other important tasks) to bring their body chemistry back to normal.

There are also different neurological effects seen in fish.  For example, a more acidic ocean results in clownfish being less reactive to noise, which results in them not fleeing from noisy predators, they also struggle to navigate back to their home in these conditions. It should be noted that some areas in the ocean are naturally more acidic due to CO2 emitted from volcanic vents. Sciteints have noted that are fewer corals and calcium-carbonate shelled animals near these vents, a model for what oceans may look like in the future.

Ocean wildlife is not the only one affected by this issue, and so are humans. 4.5 billion people get at least 15% of their animal protein intake from fish, this jumps up to over 50% in some countries and many small islands. Ocean acidification will result in a decrease in fish whether due to the decline of zooplankton or coral reefs. This issue can also lead to harmful algal blooms, some of which release toxic aerosols that are harmful to human health. There’s also the loss of livelihoods as over 300 million people get their income from marine fisheries, not to mention the loss from things like eco-tourism, due to the decline of the reefs.

If we are to solve ocean acidification, we are going to have to stop climate change because the main cause of both lies in the amount of carbon dioxide that humans emit. There is another way as well by using a form of geoengineering that involves fertilizing the oceans in order to cause phytoplankton blooms which would absorb the carbon dioxide from the atmosphere. Then, when they die, they would sink to the deep sea take the carbon with them. However, this method, like all geoengineering could likely be quite problematic.

There are several other issues that affect the oceans, to learn more about them check out the following resources:

Looking for some ways to help?