So, what can we do to change all that? How can we be better? Luckily, there are lots of things we can do to help! Today, we are going to focus on the issue of representation. You cannot be what you do not know, and unfortunately we are just not doing a good job in representing women in the world of STEM. Not on TV, not in books, and certainly not in history. You can get through all of your schooling and end up thinking that every scientist who ever did anything of importance was a dude! Oh, and maybe you’ll learn about Marie Curie. Not that she’s not great (she’s super cool), she’s just not the only one. Throughout history, women have made extraordinary contributions to the world of STEM despite oppression, exclusion, sexism, and just plain having their work stolen by men. Today, we are going to talk about 5 women who have made truly amazing contributions to the world of STEM that you should definitely know about so we can improve representation and show women and girls that they always have and always will belong in the world of STEM. 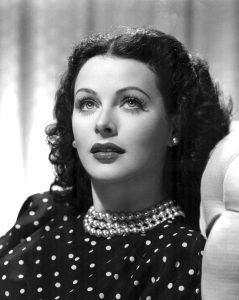 Hedy Lamar showed the world that women are more than just a pretty face. A well-known Hollywood actress in the 30s and 40s who was known as “the most beautiful woman in the world” she was also a brilliant inventor! During World War II, she invented a new system to improve the accuracy of the US Navy’s radio-guided torpedoes, but it wasn’t until the 60s that the US government realized it was a brilliant idea and actually used it. Even cooler, her invention is actually the foundation for GPS, Wi-Fi and Bluetooth! 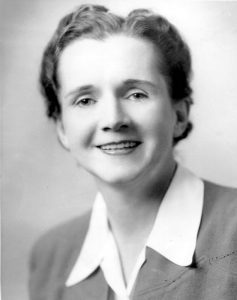 We have Rachel Carson’s fearlessness to thank for the creation of the Environment Protection Agency in the US. In the 1950s, the use of a pesticide called DDT was widespread. Through Rachel Carson’s intensive research and the publishing of her book “Silent Spring” she was able to bring attention the fact that the chemical was actually extremely toxic for humans and animals alike. Slandered by chemical companies and experiencing pushback from government officials, Rachel Carson stood tall and defended what she knew to be true for the good of the environment and citizens all while battling cancer. Thanks to her, DDT was eventually banned, the EPA was founded, and a worldwide environmental movement was inspired. 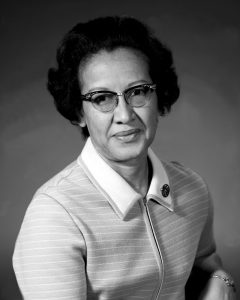 Ever see the movie Hidden Figures? Well, then you’ve already got your first glimpse of Katherine Johnson! If not, check it out because it is fantastic! A famed physicist and mathematician who worked for NASA, Katherine Johnson is known for her boldness, curiosity, and a brilliant human computer. During the 1960s she was a key member and leader on the team of scientists and mathematicians who successfully calculated the trajectory to get the first manned rocket to the moon! Her accuracy was unparalleled and she was in charge of double-checking the computations of the new computers NASA had built. She continued to work on key NASA projects throughout her career, including plans for a mission to Mars, and will forever be remembered as a revolutionary figure for women, particularly women of colour, in STEM. 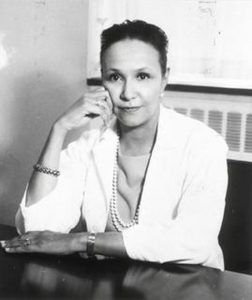 Jane Cooke Wright was not only a trailblazer for women in the world of medicine, she also made huge contributions to cancer research and treatment. She developed revolutionary ways of testing chemotherapy drugs that took into account the individual needs of patients as well as innovative ways to better target hard-to-reach tumors in order to more precisely deliver treatment. She was an original co-founder of the American Society of Clinical Oncology and the first female woman of the New York Cancer Society.  Nicknamed “The Mother of Chemotherapy”, her work has helped save countless lives and brought us closer to a cure for cancer. 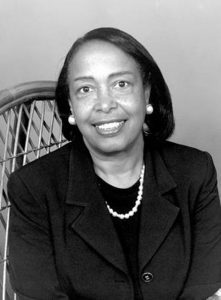 Patricia Bath epitomizes what it means to use STEM to help others. Through her research, she realized that African-Americans were more prone to vision problems like glaucoma, and that many of these people could not afford regular eye care. This meant that minor and treatable eye issues could eventually turn into blindness! Patricia refused to allow this to continue and worked tirelessly to create the first volunteer-based eye-care program to provide treatment and care to those who could not afford it. Later in her career, she invented the Laserphaco Probe, a device that helps remove cataracts. It was a huge breakthrough and was instrumental in helping to restore the sight of those with cataracts around the world and made her the first African-American woman to receive a patent for a medical purpose. She will forever be remembered for her commitment to justice and for her revolutionary work in the field of ophthalmology.

These are just 5 amazing women in STEM fields who have made a huge difference in the world. There are so many more brave, bold, genius women who have had enormous impacts and even more who have never been properly recognized for their work and contributions. Have a role model who wasn’t mentioned? Let us know it the comments below! We hope these women have encouraged you to follow your dreams, stay bold, and be fearless!